One of the countless Gods, Keika Hiko-no-Mikoto failed at gaining believers in Japan.
He got thrown off to another world when he was going back to Heaven in disappointment.

That other world, Alexsild has been mostly seized by the demon king.
Mysteriously, Keika who should have been invisible to other people could be seen normally like a normal human.
And then, a princess knight told him that he could ascend to Godhood if he piled up achievements as a hero.

Keika decided to defeat the demon king and become a God in that world.
By the way, unlike other people, Keika can see the ability values of people.
He can also see Skill Tree.

The travel journal of God Keika as a hero begins--
Original Work at: http://ncode.syosetu.com/n2594ct/
This work is based on the web novel version 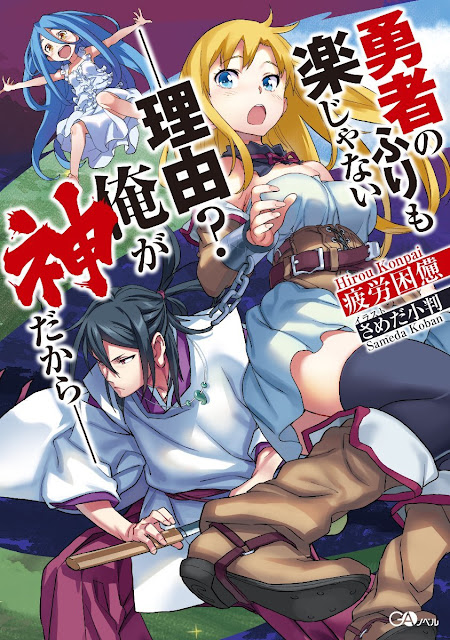 Pochi, Tama and Liza need your help!
Please consider donating to keep the translation pace up, thank you!